It’s not just the archive that has been revealing all sorts of treasures. The collection here at Quarry Bank is full of all sorts of weird and wonderful objects, like the costume I told you about a few months ago.

Suitably for December, one of our Heritage Volunteers, Laura Critchlow, has been examining a pair of ice skates…

The exact origins of ice skating are unknown, but it’s been suggested that it may have first appeared up to 4000 years ago in Northern Europe, when men looking for shelter, or out hunting, used animal bone strapped to their feet to slide across frozen ground. Early examples of carved bone skates have been found at various locations in Europe.

In Britain, skating has been around since at least the 17th century and possibly before that. In Norfolk the fenland froze during winter months, which made travel between neighbouring villages and towns difficult. Just as in Northern Europe, the residents strapped animal bones to their feet to use as skates, and used a stick to give themselves momentum over the ice. During the 17th century Dutch engineers employed to drain the fens, brought their speed skates over with them, and a new sport in the area began. 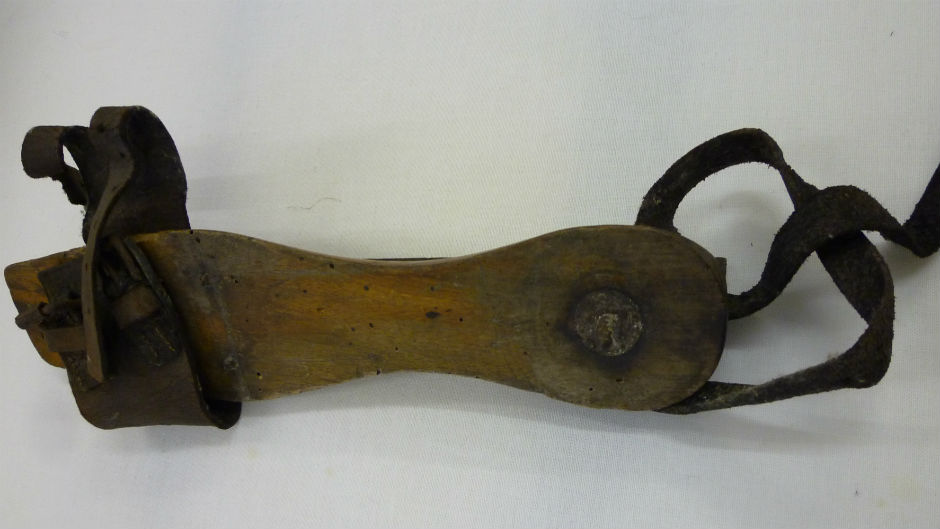 During ‘The Great Frost Fair’ of 1683-84 in London when the River Thames froze over for several weeks, lots of people took to the ice to skate, reportedly including the diarist Samuel Pepys. Ice skating became progressively more popular with the first skating club being formed in Edinburgh in the 1740s. The skating practiced at the club was an early form of what later became known as figure skating. By Victorian times skating was a popular winter pastime, with people skating on local frozen ponds and lakes. It was also an activity that both men and women took part in.

In May 1876 in Chelsea, London, the world’s first water based artificial ice rink, The ‘Glaciarium’ was opened. However ice rinks didn’t become the most common place to skate until much later. 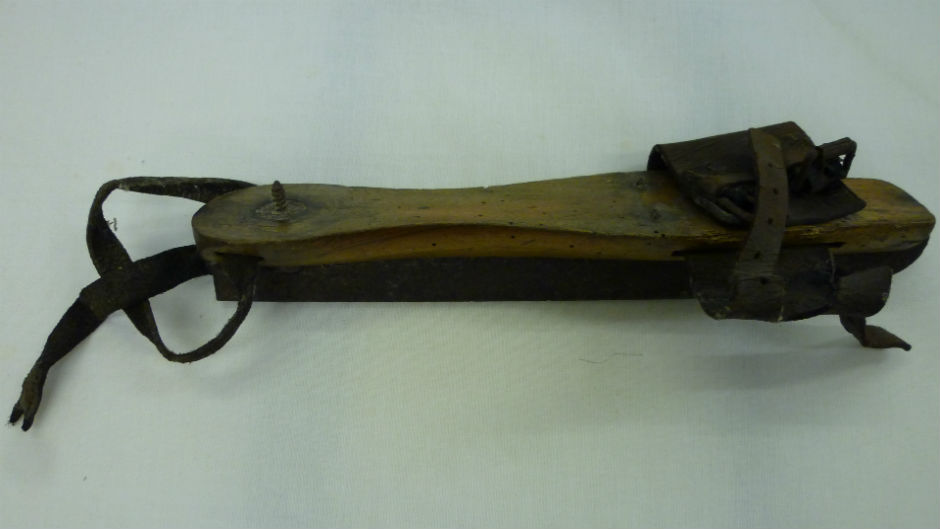 The skates from the Quarry Bank collection pictured above feature a metal blade attached to a wooden base or footplate. The footplate was attached to a boot by the heel screw which was typical of English skates, and leather straps buckled around the ankle and toes. The origin of the skates is unknown, but it’s thought that they could have belonged to one of the inhabitants of Styal village, and could have been used for skating on one of the ponds around the village. 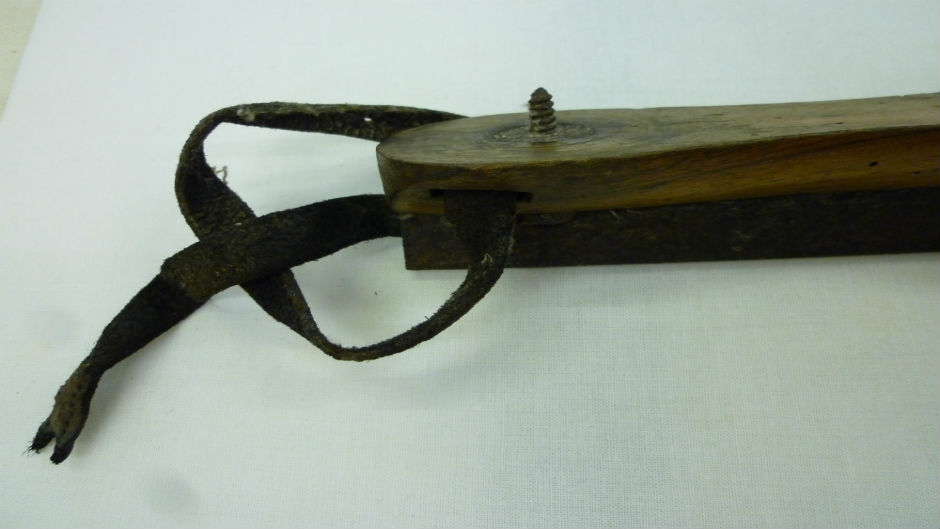 Make sure you check in on the website each month to find out what object has been awarded the title “Object of the Month” http://www.nationaltrust.org.uk/quarry-bank-mill/history/